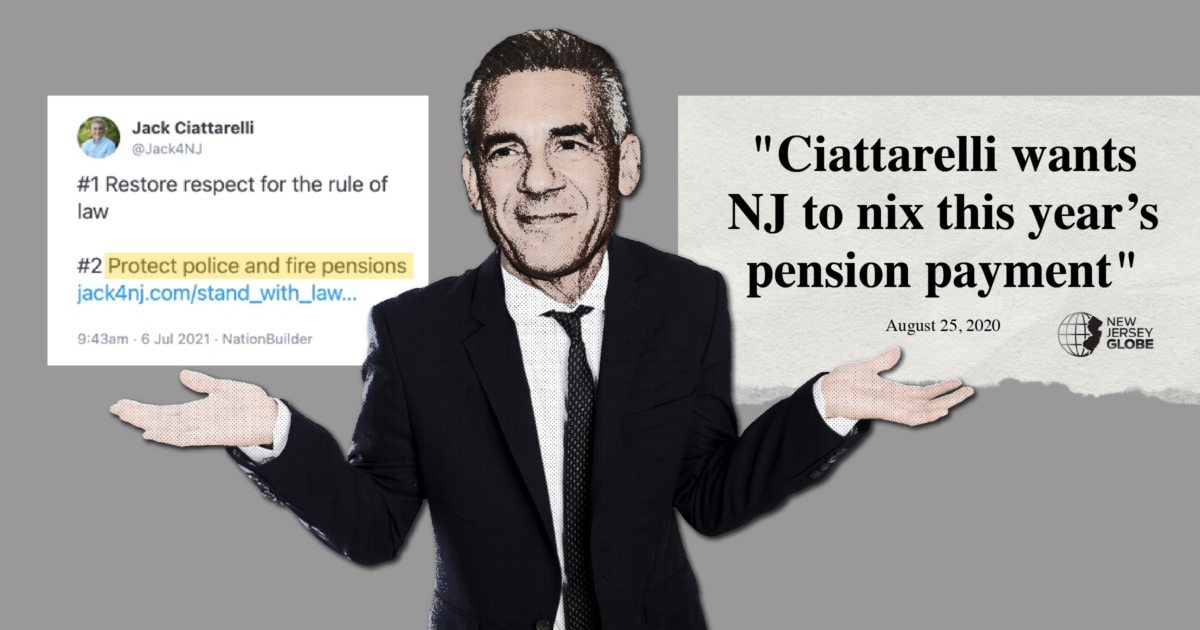 TRENTON, NJ — While desperately pushing a false narrative about public safety, Republican gubernatorial candidate Assemblyman Jack Ciattarelli can’t seem to keep his story straight on pension payments for the very same first responders he claims to support, as well as other public servants like teachers, public health workers and more. In a hastily deleted tweet, Assemblyman Ciattarelli said he would “Protect police and fire pensions” — directly contradicting his lengthy record of shorting the state pension system, includingcalling for the state to skip this year’s pension payment and supporting Chris Christie’s budgets that shortchanged billions of dollars from the system and jeopardized the livelihoods of middle-class families.

“New Jersey’s public pension system is the only thing standing between thousands of middle-class families and financial ruin, and if the state had followed Assemblyman Ciattarelli’s horrific advice and skipped this year’s pension payment, police officers, firefighters, teachers, public health workers and others would be on the brink of seeing their retirement disappear,” said NJDSC Executive Director Saily Avelenda. “Assemblyman Ciattarelli clearly can’t be trusted to manage the pension system — he can’t even manage his own Twitter account. Meanwhile, Governor Murphy just made the largest pension contribution in state history and has made tremendous strides in cleaning up the mess left by Christie and enablers like Jack Ciattarelli, whose record of betraying the public servants we rely on every day is another reason why he will never be Governor.”

Assemblyman Ciattarelli’s hypocrisy on pensions goes even further — while he continues trying to cut others’ pensions, he’s benefiting from the pension system himself. Ciattarelli participates in the New Jersey Defined Contribution Pension program due to his long tenure as a career politician.