Democrat,
I want to start this week with appreciation and admiration for all the New Jerseyans who came out in full force for the March for Our Lives rally NJDSC helped organize in Ocean City last Saturday. It was so uplifting to see such a strong turnout among people of all ages advocating for common sense gun legislation; because we know that when we all come together, we can make real change happen. 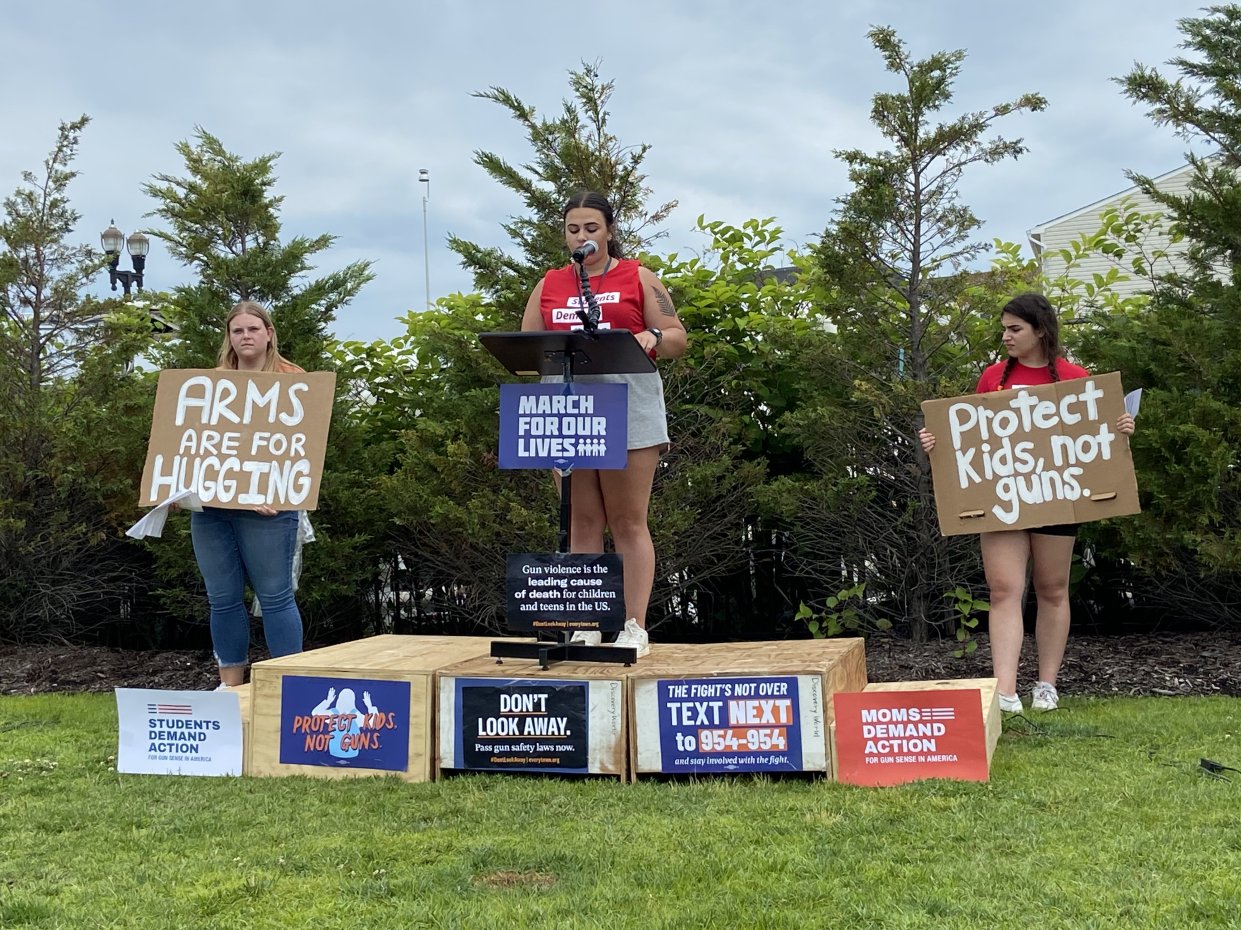 A reminder that this Sunday, June 19, we celebrate Juneteenth – also known as Emancipation Day or Freedom Day. The holiday commemorates the day in 1865 when those still enslaved in Galveston, Texas were made aware of the Emancipation Proclamation, and their freedom, by a Union General. Juneteenth has been celebrated, especially among Black communities, for over 150 years – only becoming a federal holiday in 2021. It is an important day to honor and reflect on our shared American history, how we got to where we are now, and where we still need to go.

On Saturday, June 18, the Monmouth County Democrats’ Black American Caucus and the Somerset County Democratic Committee’s Black Caucus will be hosting two separate events celebrating Juneteenth. You can get more information on each event below:

Finally, it has been one year since I was elected Chairman of the New Jersey Democratic State Committee, which was, and remains, an absolute honor. When I was first elected I promised to fight hard for the people of New Jersey. I want to reiterate that promise today. We are doing important work in New Jersey to make it a more equitable, more just, and more fair place to live and I will continue to champion Democratic values and progress as your Chairman.

Back in March, Governor Murphy announced the ANCHOR (Affordable New Jersey Communities for Homeowners and Renters) property tax relief program, meant to expand on the Homestead Rebate Program. Yesterday, alongside Senate President Nicholas Scutari and Speaker Craig Couglin, Gov. Murphy announced a further expansion of the program with a $2 billion investment, a major increase from the $900  million proposed in March. This makes it one of the largest tax relief programs in state history, providing an effective tax cut for over 1.16 million homeowners and 900,000 renters.

This program is an example of Democrats in New Jersey doing the work to ensure that NJ is fair and affordable for middle class and working families. Under the expanded ANCHOR Property Tax Relief Program proposal:

A staunch labor leader, Representative Donald Norcross from NJ’s 1st Congressional District, is an advocate for raising the minimum wage, lowering prescription prices, and creating accessible and affordable education. From working w/ IBEW Local 351 to serving as President of the Southern NJ AFL-CIO, Congressman Norcross has fought for working families for 20 years. Rep. Norcross serves on the House Armed Services Committee and chairs the Subcommittee on Tactical Air and Land Forces. Serving on these committees & supporting service members & veterans is a top priority. In 2020, he co-founded the Labor Caucus and Building Trades Caucus.

To get involved on Congressman Don Norcross’ campaign, visit his website:

On Wednesday, President Biden signed an Executive Order meant to build on the historic progress he has already made for LGBTQI+ people by:

In the last year alone, over 300 anti-LGBTQI+ laws have been introduced in state legislatures across the country. so this is a critical step in protecting the rights and livelihood of LGBTQI+ people who deserve the same access and acceptance as everyone else. I am proud to be in a state that continuously puts LGBTQ+ rights at the forefront of the work we are getting done, but is important for those rights to be recognized and fought for on the federal level as well. I am pleased that President Biden has kept his promise of fighting for a more equitable union, despite the constant right-wing attempts to move us backwards.