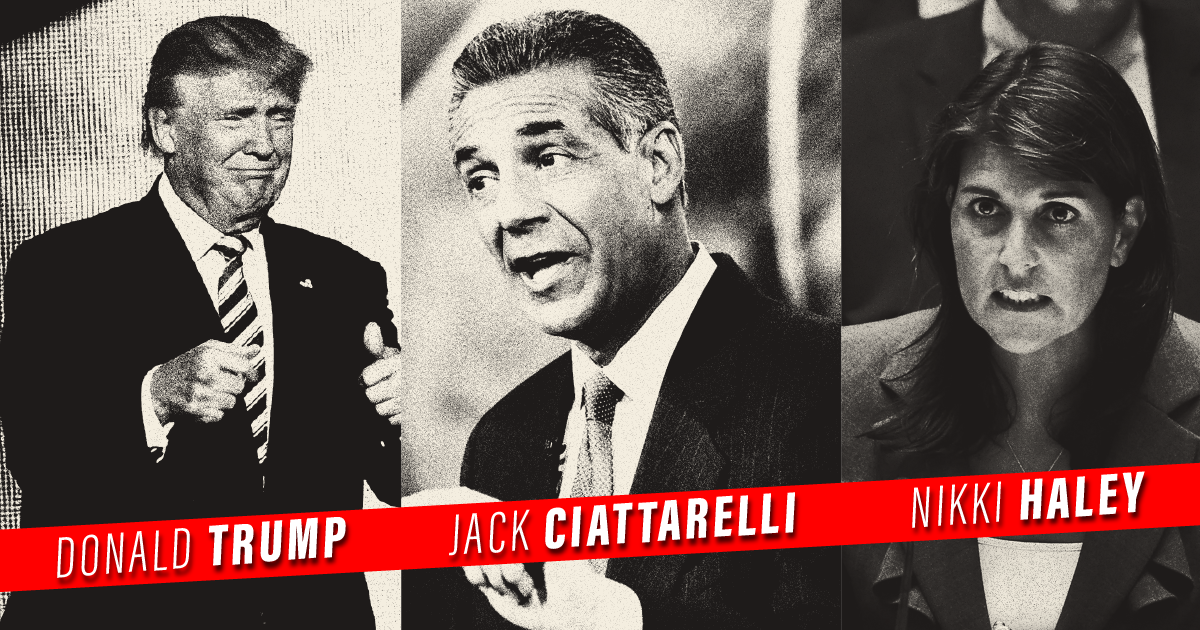 TRENTON, NJ — Jack Ciattarelli is once again proving how out of step he is with the voters of New Jersey by campaigning this Sunday with former Trump official Nikki Haley. Ciattarelli’s embrace of far-right policies and campaign surrogates further demonstrate that his claims of being a moderate are unequivocally false and that he is just another radical Republican.

“If supporters like Nikki Haley are any indication of what Jack Ciattarelli would be like as Governor, there is a greater urgency now than ever to ensure that never happens,” said NJDSC Executive Director Saily Avelenda. “Ciattarelli chose to align himself with the far-right and Trump loyalists from the onset of his campaign when he attended a ‘Stop The Steal’ rally and he has refused to distance himself from the extremist elements of his party that Trump loyalists like Nikki Haley exemplify. New Jersey voters have already rejected these far right politics and we will not go back.”

As Governor, Nikki Haley relentlessly put big corporations and polluters first, starved funding for public schools and restricted access to women’s health care. Haley is virulently anti-labor, once saying: “I’m not going to stop beating up on the unions.” Appointed by Donald Trump to be his UN Ambassador, Haley continued to serve the former President after he called neo-Nazi protestors in Charlottesville “fine people” in 2017. Even after the former President incited a deadly insurrection on our nation’s Capitol on January 6, Haley stated that she would still support Donald Trump should he run for President in 2024.

Haley joins a growing list of Trump friends and confidants who have endorsed Assemblyman Ciattarelli, including turncoat Congressman Jeff Van Drew who has now pledged his undying support not just to Trump, but to Ciattarelli as well.