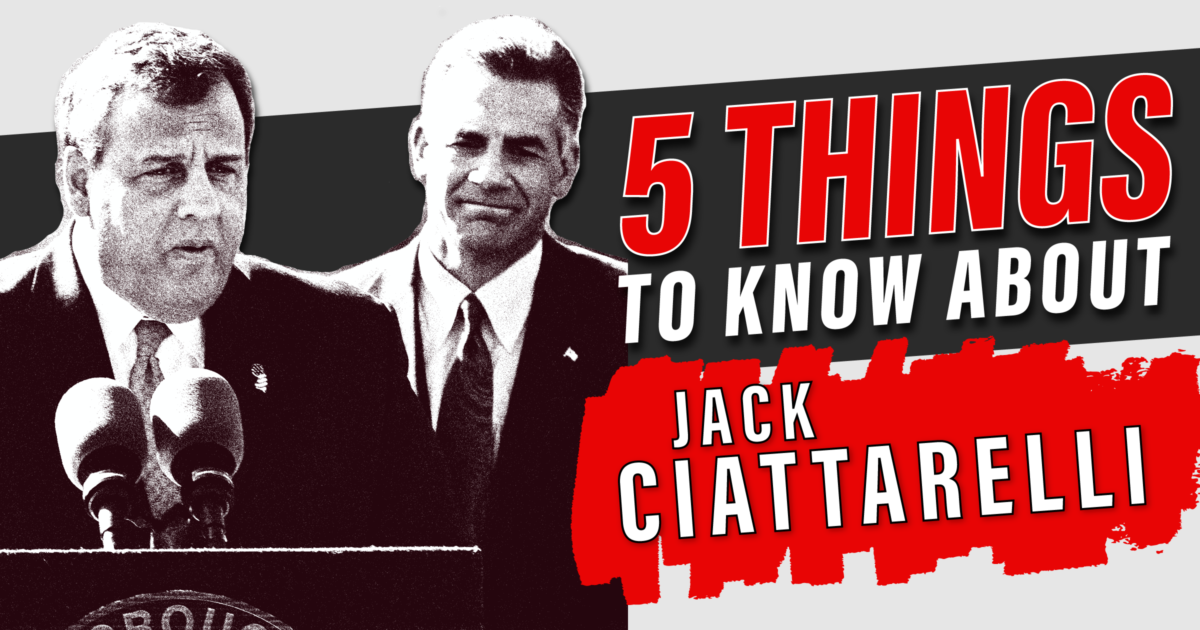 TRENTON, NJ — With the Primary Election now over, the New Jersey Democratic State Committee would like to welcome Republican gubernatorial nominee Assemblyman Jack Ciattarelli to the General Election by reviewing some of the most crippling liabilities that will haunt him for the next five months.

“Jack Ciattarelli has spent the last six months convincing Republican primary voters that he’s one of them, and he’s absolutely right — he’s an extreme conservative who would take New Jersey back decades as governor,” said NJDSC Spokesman Philip Swibinski. “The more voters learn about Jack Ciattarelli and his radical right-wing views, the more clear it will be that he’s absolutely unfit to serve as governor.”

Assemblyman Ciattarelli has fully embraced the dangerous Trump agenda, headlining a “Stop the Steal” rally and defending Trump’s failed policy agenda. Don’t let Jack fool you now that the Primary is over — he’s a full-on Trump fanatic and he can’t change that fact now.

Assemblyman Ciattarelli can’t move our state forward because he’s a longtime political insider who is stuck in the same old Trenton ways of the past. He first entered office in 1990 and has run for and held several offices ever since. How can someone who has been a part of the system for so long be trusted to change it?

Assemblyman Ciattarelli has had numerous chances to repudiate the far right radicalism that has taken over the Republican Party, but instead has embraced the party’s lurch to the right. In addition to defending Trump, Ciattarelli refused to condemn a Bergen County State Senate candidate running on his ticket who is an active member of the Oath Keepers, a radical right-wing terror group. Even more recently, his attacks on buffoonish primary opponent Hirsh Singh were about how Singh wasn’t conservative enough.

Assemblyman Ciattarelli was a lockstep vote for Chris Christie’s disastrous record as Governor. He supported Christie’s cuts to public school funding, his decision to cancel the ARC Tunnel project, his gutting of essential women’s health programs, and much more. A Ciattarelli administration would essentially be the third term of the most unpopular governor in state history.

Ciattarelli has staked out a policy agenda that is fundamentally out of step with New Jersey. He supports Republican voter suppression tactics, opposes raising the minimum wage to $15 per hour, and would cut funding for much-needed women’s health programs and for schools. The only state that would call Ciattarelli a moderate is Mississippi. Ciattarelli has made it clear that he would govern as a radical conservative — completely out of touch with New Jersey.